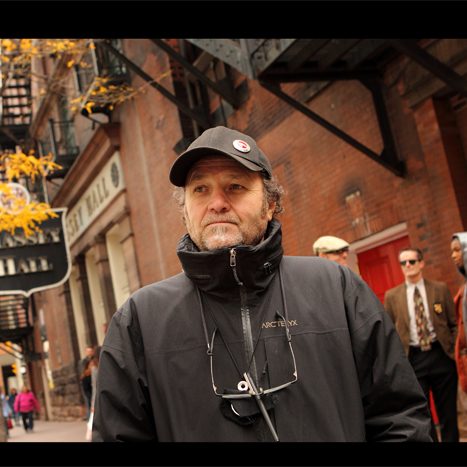 Alwyn Kumst is a Vancouver based Director of Photography. Some of his recent works include Greg Berlanti’s The Flash, a TV series, seasons 3 to 7 for Warner Bros, The Strain, a FX TV series by Guillermo del Toro and Chuck Hogan, produced by Guillermo del Toro and Carlton Cuse. Past works also include season 5 of the NBC Universal’s series Suits. He also did additional photography on the JJ Abrams and Stephen King mini series 11.22.63 with star and director James Franco and directors Fred Toye and James Strong. In 2014 shot 2nd unit on Bryan Fuller’s Hannibal. He was also DP on 3 episodes of NBC Universal’s Covert Affairs for Doug Liman and David Bartis. Other hi-lights include Martin Gero’s The LA Complex for The CW, The Dresden Files for Nicolas Cage’s Saturn Productions and LionsGate Entertainment and also shooting for directors John Landis and Stewart Gordon on the NBC horror series, Fear Itself. Kung Fu the Legend Continues season 5 with David Carradine and The Great Defender were all Warner Bros. productions.

Before immigrating to Canada in 1994 Alwyn worked on many war documentaries in Angola, Uganda, El Salvador and Nicaragua. Documentaries from the Amazon to Antarctica. Dramatic series in South Africa, New Zealand, USA and Spain. He has worked with local crews and talent on all his travels to 34 countries.

Alwyn Kumst csc,sasc is a career cinematographer with hundreds of hours of screen time to his credit. He has filmed everything from Greenscreen/VFX, Action, Period to Sci Fi and Drama. Car chases, underwater filming, horse chases and boat chases. His experience includes helicopters and drone work. Alwyn is also an experienced Steadicam Operator. If you write it he can shoot it.